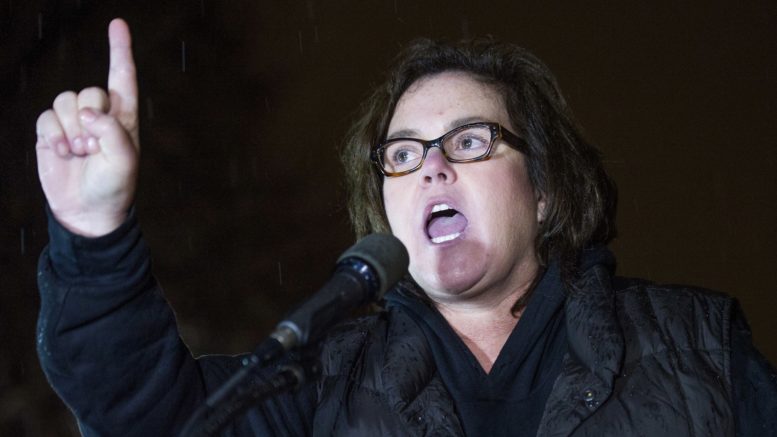 Rosie O’Donnell was a personal Twitter target of President Trump long before he was elected, but she is not halting the criticism that has frequently drawn his ire.

The former “View” host has continued to rail against Trump on social media, most recently towards the administration’s controversial immigration policies.

“I’ve been a target for so many years. Now would not be the time to quit. (Trump) has said mean things about me for 15 years since I on ‘The View,’ ” says O’Donnell. “Shame is his Achilles heel. Everyone says you cannot shame him. Well, tell the truth about who is he and he goes absolutely (crazy).”

O’Donnell considers herself an early survivor of the president’s personal Twitter scorn.

“What he did to me and so many others, well it’s now nations, and the world,” says O’Donnell. “It’s like a nightmare come true. The guy who is your personal bully for over a decade is now running the country.”

Rosie is crude, rude, obnoxious and dumb – other than that I like her very much!

O’Donnell spoke for the 25th anniversary of the romantic comedy “Sleepless in Seattle.” Director Nora Ephron cast her to play the movie-loving newspaper editor, Becky, alongside Meg Ryan. She still misses her good friend Ephron, who died in 2012, for her film work as well as her social voice.

“I’m horrified as (Ephron) would have been,” says O’Donnell. “These are horrible days. And history will record them as such. The people that fought and did everything they could to use their voice against all this administration represents — they will be on the right side of history when it is all done. And let’s all hope that’s soon.”

O’Donnell left “The View” in 2015 for personal reasons. She does not miss the high-profile forum to debate issues.

“I don’t see arguing as the best way for me to get through the trauma of this administration and what’s been happening to our country,” she says.

But she would be interested in being a panelist on a news program, like Nicole Wallace’s daytime MSNBCs show, or her own show “where I would talk about the issues, as well as fun stuff like ‘The Price is Right.’ “

Debate Without Trump Gets Better Ratings Than Last Debate with Trump