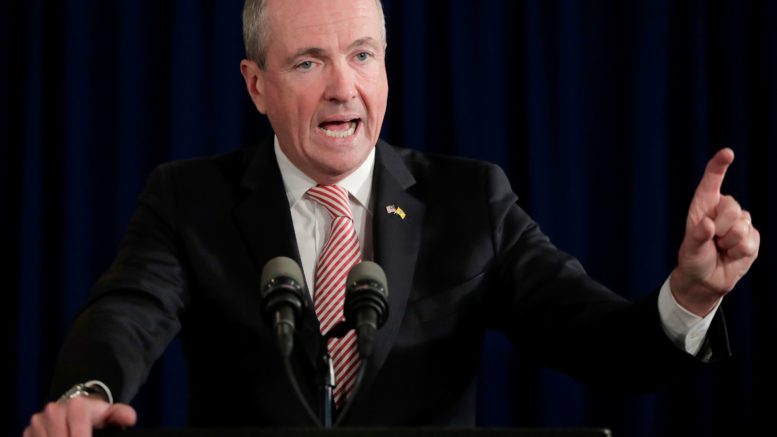 Pushing themselves to the brink of another state government shutdown, Gov. Phil Murphy and fellow Democrats agreed Saturday to a deal that raises taxes on multi-millionaires and corporations in order to spend more on public transportation, schools and other services, a compromise reached just hours before their constitutional deadline.

Murphy and legislative leaders heralded the agreement as a hard-fought victory that begins a course correction for the state after eight years of fiscal conservatism under Chris Christie. And Murphy got nearly all of the proposed spending he argued was necessary to return New Jersey to an era of equality and prosperity.

But as soon as Murphy signs the $37.4 billion budget, he will again face fiscal challenges demanding difficult choices, with increasing payments toward public worker pensions and limited wiggle room to build on the investments of this budget.

Nonetheless, Murphy avoided a potentially costly government shutdown that could have had embarrassing and long-lasting repercussions for a first-term governor.

“Today the era of budget gimmicks is ending and the era of a stronger and fairer New Jersey that works for every family is just beginning,” Murphy said in announcing the deal shortly before 8 p.m. “Let me be clear: There will be no shutdown. The parks and beaches are open.”

The deal between Murphy, Senate President Stephen Sweeney and Assembly Speaker Craig Coughlin followed an afternoon of negotiations and capped a week of talks where the two sides had repeatedly seemed on the cusp of an agreement only to walk away.

Although the broad terms of the spending in Murphy’s budget proposal were never in doubt, the method of raising the revenue to finance his wish list was fiercely debated by Democrats in the Legislature. Sweeney was opposed to a millionaires tax, while Coughlin fought against restoring the sales tax to 7 percent.

The disagreement intensified over the last several days, with offers, counter-offers and the top Democrats leaving Murphy’s office in what Coughlin described as bitter disappointment. Sweeney even compared Murphy to Christie, who has played a sort of bogeyman throughout the budget process.

The budget raises the income tax to 10.75 percent on those earning over $5 million and taxes businesses making more than $1 million at a new rate of 11.5 percent, up from the current 9 percent, but phases that increase out over four years, Murphy said Saturday.

The sales tax does not increase.

“It’s been one hell of a journey,” Sweeney said, appearing alongside Murphy in the governor’s office. “At the end of the day, we got a budget that’s going to fix our schools and move this state forward.”

Murphy and legislative leaders had all agreed for months that whatever deal they struck, it would need a package of tax increases to support it. But they disagreed on who would get tax increases and how much more those people would pay.

Murphy had campaigned on a promise to raise the upper limit on income taxes to 10.75 percent for those earning over $1 million. And he booked an increase in the sales tax, raising the rate slightly to 7 percent, the mark that had stood for years before it was lowered recently.

Sweeney refused to increase the income tax despite voting to do so five times over the years. Sweeney argued that President Donald Trump’s tax reforms made that untenable and that corporations, whose federal taxes were cut, should pay more to the state instead of high earners.

Meanwhile, many in the Assembly feared any tax increase would fuel voter backlash when they run for re-election next year.

Just as he has since introducing the budget in March, Murphy on Saturday called the tax increase package a matter of fairness and needed for programs that have suffered from years of neglect.

“It is no secret that New Jersey faces real challenges. They weren’t created overnight and they won’t be solved overnight. But this is a strong first step,” Murphy said. “I won’t stop fighting to make our tax system fairer and I won’t stop fighting to make sure that we make the investments our future demands. We have just started on this journey.”

In addition to significant spending on education and mass transit, the budget restores a cut to the Homestead Rebate property tax program and seeds Murphy’s plan to provide tuition-free college.

The Legislature still needs to approve the deal and its tax increases, and lawmakers were planning to work Sunday. Murphy said he wants to sign a budget “as soon as humanly possible.”

“And because we have this agreement, under my authority as governor, I will not declare a shutdown in the interim,” he said.

Throughout the standoff, Murphy signaled that he was ready to shut down state government. On Friday, he warned casinos and racetracks that they might eventually be forced to close along with state offices, parks and beaches. Unions representing the tens of thousands of state workers who would have been furloughed and risked losing pay came to Trenton again Saturday to pressure lawmakers to reach some agreement.

Had the New Jersey government shut down, it would have been the second year in a row residents would have seen state offices closed and been locked out of state beaches and parks ahead of the July 4 holiday.