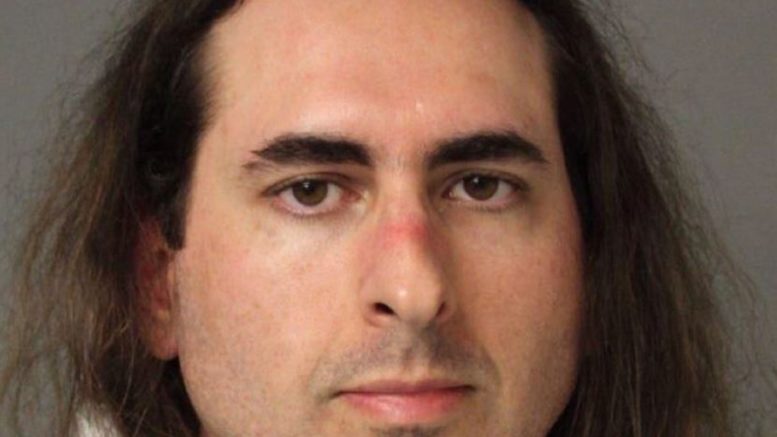 Brennan McCarthy spent years staring out the window, expecting one day to see Jarrod Ramos coming for him.

In his 19 years of practicing law, McCarthy, an attorney in Annapolis, Maryland, said he never came across any person who frightened him as much as Ramos.

That same man is now charged with killing five people at the Capital Gazette newsroom in Annapolis on Thursday.

“Of the thousands of people I’ve dealt with in court, this guy stuck,” McCarthy told USA TODAY. “I was extremely scared that he was going to do something to me and my family.”

McCarthy says he became a target of Ramos’ rage after representing a woman in 2011 who accused Ramos of stalking her and threatening her online.

The woman told McCarthy that Ramos, who had gone to the same high school as she did, had been harassing her online since 2009. McCarthy described it as the “worst case of harassment and stalking I have ever encountered in my career.”

“He was communicating by telephone, by text, by Facebook, by instant messaging, and he was just saying outrageous things like, ‘you should kill yourself,'” McCarthy said. “He wrote to her work saying, ‘She is a bipolar drunkard and you should fire her.’ She actually lost her job.”

Ramos pleaded guilty to criminal harassment and was sentenced to probation. Shortly after that, the Capital Gazette ran a column, “Jarrod wants to be your friend,” which used Ramos’ case to warn readers of the dangers of sharing personal details with people online.

McCarthy said Ramos was furious about the article, insisting he was simply stating facts about the woman and that he had done nothing wrong. In 2013, Ramos contacted the woman he had been found guilty of stalking. He demanded that she share with him all material she had on his case as part of a defamation lawsuit he filed against the newspaper.

Not wanting his client to have any further contact with a man she said had tormented her, McCarthy agreed to act as an intermediary between Ramos and the woman.

“After that, his obsession turned to me, too, and he started harassing my sister and my family,” McCarthy said. With an extensive family in the area, including 19 nieces and nephews, McCarthy constantly worried that Ramos might come after one of them.

McCarthy stated repeatedly that no one had ever frightened him the way Ramos did. He called Ramos a “classic loner” and “as angry and obsessive an individual as you will ever meet.” He also said Ramos viewed anyone who opposed him as an enemy.

“He described adverse parties as belligerents,” McCarthy said. “Like he’s at war.”

Ramos’ grudge against the paper resembled a war of sorts, court documents suggest. On Twitter, he regularly attacked the newspaper, its journalists, editors and the judge that presided over the case. He centered much of his threats against the former reporter who wrote about his harassment conviction, Eric Thomas Hartley, and the retired publisher Tom Marquardt.

Ramos almost regularly posted about wanting members of the staff to kill themselves, hoping the paper would shut down and would repeatedly include the hashtag #CapDeathWatch.

In another post, Ramos makes mention of a shotgun, saying “My bullets are words.” Police say Ramos used a shotgun in the shooting on Thursday.

He also posted multiple times about the 2015 attack at the French magazine Charlie Hebdo, even including photoshopped images of one magazine staff member with a bullet hole in his head and blood on his face. His loathing of the press may not have been just fixed on the Capital. In 2014, he posted his thoughts on the beheadings of James Foley and Steven Sotloff and accused the press of propaganda. “Journalists making a living (literally) by participating in propaganda is nothing new,” he wrote. “Think about it.”

Ramos hadn’t posted on the account since January 2016, but just moments before the shooting on Thursday, a message was posted: “F— you, leave me alone.”

That was the same message posted the day after the state’s second-highest court upheld a ruling in favor of the newspaper.

Ramos filed a lawsuit, which was later thrown out, against McCarthy in 2014. Not long after that, Ramos’ alleged victim decided she’d had enough and fled Maryland. She is not named in court documents.

“I don’t think she had a choice. He’d have killed her,” McCarthy said.

“This guy was the most dangerous person I’ve ever dealt with in the court system,” McCarthy said. “Because this guy was smart. He was not stupid.” And “he knew how to walk the line” between frightening people and threats that could land him in jail.

“It was a like a silent threat hanging out there,” McCarthy said. “That is even worse because there’s no mechanism of law to stop this guy from doing something you just think he might do. The Capital was in the same boat. They knew how dangerous he was.”

And when McCarthy heard about the shooting at the Capital Gazette, he said he knew instantly that it had been Ramos.

“The moment I heard there was a shooting at the Capital, I told my wife, ‘That’s Jarrod Ramos,'” McCarthy said. “It did not surprise me in the least. The only question was where he would stop by first: My house or their office.”

McCarthy said he spoke to his former client after the shooting. Despite Ramos being in custody, she remains terrified.

“Stalking victims never get their sense of security back. It is never really over,” McCarthy said. “You will always feel those eyes on you.”

And even with Ramos in jail, McCarthy said he looked out the window for him again on Friday morning.