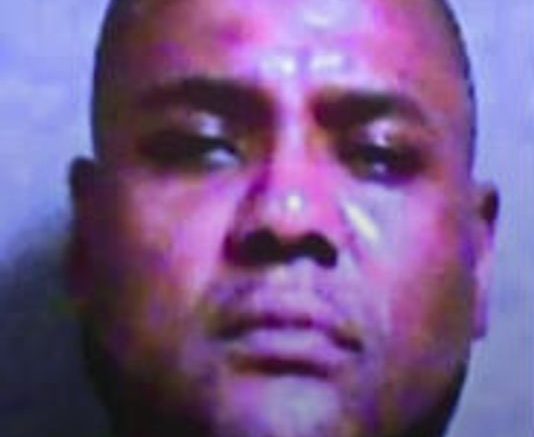 An American-born man accused of planning a terrorist-style attack in downtown Cleveland on the Fourth of July was charged Monday with trying to support terrorism.

Last week, Pitts, 48, of Maple Heights, Ohio, allegedly told an undercover agent, “I did tell myself that their holiday is coming up. The Fourth of July. Independence Day. What would hit them in the core? Blow up. Have a bomb. Blow up at the Fourth of July parade.”

FBI Special Agent Stephen Anthony said it was unclear how close Pitts was to carrying out his threats but said authorities couldn’t sit back and wait to find out.

“We don’t have the luxury of hoping an individual decides not to harm someone or get others to act,” said Anthony, indicating that Pitts had been radicalized in the United States. He had no information that Pitts had traveled out of the country.

Pitts talked about hitting targets such as the Cathedral of St. John the Evangelist downtown and giving remote-control cars packed with explosives to the children of military members.

No court documents listed a lawyer for him.

“Just last week, this defendant was walking around downtown Cleveland conducting reconnaissance on what he thought was a large-scale attack planned for the Fourth of July,” Herdman said. “He looked for locations to park a van that would be packed with explosives.”

Among the places he allegedly explored were Voinovich Park on Lake Erie within a block of the Rock & Roll Hall of Fame and the U.S. Coast Guard Station across East Ninth Street from the museum, a popular tourist attraction.

Sunday, during his final meeting with the undercover agent, Pitts expressed allegiance to al-Qaida and discussed his desire to kill military personnel and their families, authorities said. He allegedly wanted to conduct a future attack in Philadelphia, a place he previously lived.

Philadelphia would be the “big target” on Labor Day, Pitts told an agent, according to an affidavit. Pitts also pointed to possible targets, including Philadelphia’s City Hall and a federal building.

The FBI in Cincinnati began investigating Pitts in 2017 after concerns arose amid his alleged statements of violent intentions. Pitts was living in St. Bernard, Ohio, at the time, about 4 miles north of Cincinnati.

According to court documents, in a Jan. 25, 2017, Facebook post, Pitts commented on photos believed to be from an al-Qaida training camp.

“We as Muslim(s) need to start. Training like this every,” the post said. “Look at the bed blue-eyed devils. They teach their little dogs on how to shoot and hunt. … We should always be prepared to fight in the name of Allah Akbar. All cowards stay home.”

Soon after the January 2017 post, the FBI reviewed the Facebook profile and learned Pitts had been threatening violence against the United States, according to court documents.

By late February 2017, Pitts was evicted from an apartment in St. Bernard for not paying rent. It’s not clear where he went at that time.

In May, Pitts relocated to the Cleveland suburbs where the FBI office picked up the investigation.

Authorities called some of his Facebook posts “disturbing.” Comments urged Muslims to learn how to shoot guns and throw hand grenades.

Pitts’ adult criminal history dates back to 1989 when Pitts was 19, Anthony said. He was charged in the Cincinnati area with aggravated robbery and felonious assault, convicted of robbery and sentenced to three to 15 years in prison.

Records show he served less than a year in prison and was released on probation.

Our thoughts and prayers are with the people of Paris, France.