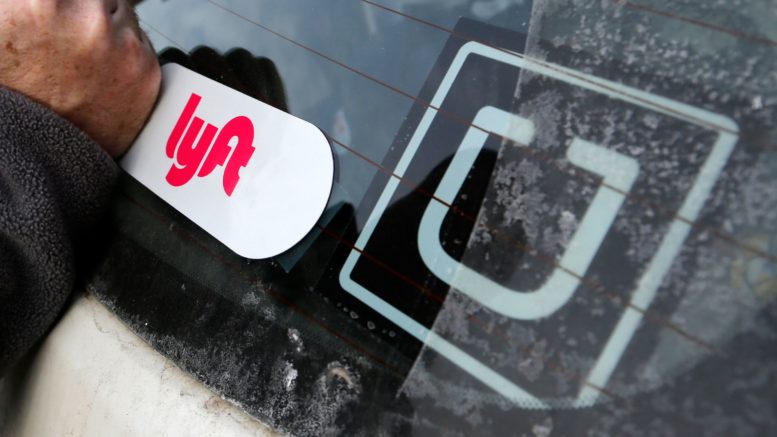 African-Americans waiting on taxis in Los Angeles are likely to face longer wait times and have a greater chance of being cancelled on than whites, Asians and Hispanics, according to a new study out Wednesday from the University of California at Los Angeles.

They also faced longer wait times and more cancellations with Lyft and Uber though far less so than with taxis, according to “Ridehail Revolution: Ridehail Travel and Equity in Los Angeles,” a doctoral dissertation by Anne Brown of UCLA’s Institute for Transportation Studies.

Taxi drivers in L.A. were 73% more likely to cancel on black riders than whites, and 25% of blacks were never sent a cab, according to the research, which had 18 UCLA students of different ethnicities hail 1,704 trips between October and December 2017. Black riders also waited 52% longer than whites for taxis.

The study lands amid a national conversation about how African Americans face bias in everyday interactions, from waiting at a Starbucks to hosting a picnic, and as gig economy companies confront ways their platforms enable users — from drivers to Airbnb hosts — to persist in discriminatory practices that violate their policies.

In contrast, taxis cancelled rides on blacks 26% of the time, Asian/Hispanics 20% and whites 14%.

“From an equality point of view, there’s some way to go before the gap between riders is truly erased, but it’s far narrower with ride hailing and with some policy changes, (Uber and Lyft) could erase the racial gap between riders entirely,” Brown told USA TODAY. “Taxis don’t have great accountability.”

Two years ago,  a study showed riders African-American sounding names had their UberX trips canceled at twice the rate of those with white-sounding names.

Uber and Lyft drivers have the opportunity to cancel on rides for a range of reasons, although they are discouraged from doing so.

Bias based on the passenger’s name or photo could play out in the first few moments of a rider hailing a car. A driver can cancel as soon as the rider’s first name — and in the case of Lyft, also their photo — popped up after the driver accepts the ride request. That ride would then roll over to the next car in the immediate area, extending the customer’s wait time.

The two ride hailing companies have long defended their policies of revealing rider names on safety and convenience grounds, while lawmakers such as then-Sen. Al Franken have pressed the companies to be more aggressive about monitoring drivers for discrimination.

After the 2016 study was released, Lyft announced that it would begin tracking driver behavior more carefully, but in a statement to USA TODAY did not indicate if it had made specific strides in the area.

Uber said Tuesday it was working with the 2016 study’s authors to better understand the results in order to reduce incidents of discrimination.

Both Lyft and Uber have policies that prohibits driver or rider discrimination based on race, religion, nationality, disability, sexual orientation, gender or age.

Uber told USA TODAY that it encourages any rider who feels they might be the victim of discrimination to report the incident, adding that a driver’s cancellation rate ultimately can affect their continued access to the app.

“This (study), and similar research, is important for all parties involved in the transportation industry,” Joseph Okpaku, vice president of policy at Lyft, told USA TODAY.

“We are proud of the advancements Lyft has made in expanding access to transportation for passengers from all walks of life, and particularly from historically underserved communities,” he said in a statement. “However, no incident of discrimination is acceptable, and we are building systems to detect these incidents.”

Brown’s study shows that black riders waited about a minute longer for Uber and Lyft than other races. The gap was wider for taxis, which had a mean total wait time of 30 minutes for blacks, 24 minutes for Asians/Hispanics and 20 minutes for whites.

In one in four instances, when her black students requested a taxi one never arrived. She also said that a few times black male students were asked to pay cash up front for their taxi ride.

“The fact that any of this (bias) exists in L.A. means it likely exists everywhere else,” Brown said. “When you’re looking at a one in four chance that your taxi might not even arrive, how can you count on that to get to work or for child care?”

Bias among drivers could be a thing of the past if robot-taxis come to pass, with a growing number of companies working to enable self-driving cars for ride-hailing fleets.

But tech experts say the concern there, as with any human-built tech, is whether the biases of the technology’s engineers can creep into the finished product.